Living in the UK has many advantages and positives – the weather is not one of them!

I had recently planned an outdoor shoot on Dartmoor in Devon and manage to arranged for two MTB trial riders to join me for some cool on-location shooting near Hound Tor within the Dartmoor Bational Park however, with heavy showers and 60mph winds it quickly became apparent that our initial plan was not an option which forced us to look at a plan B which was a derelict warehouse in the industrial area of Exeter – a mere four hour drive from London. With almost 5000ft2 of jumps, obstacles and challenges it was an ideal back-up plan and overall it turned out to be a great weekend with several interesting challenges, both for the two riders Scott Wilson and Andrei Burton but also for me as a photographer.

In regards to equipment I shot with two different camera bodies; Canon 5dmk3 and Canon 6D including a variety of L lenses from 17mm up to 135mm – in addition we also had a selection of GoPro Hero4’s at our disposal.

My only regret was that I did not bring a full studio lighting kit as that would have added an extra dimension to the shoot and would have made the post-production much easier for me.

The biggest challenge for me was to control the natural lighting in within the space, which proved to be very difficult and even with two powerful Speedlite flash units (580II) I still had to under-expose excessively to avoid distracting light from the skylight or side windows. 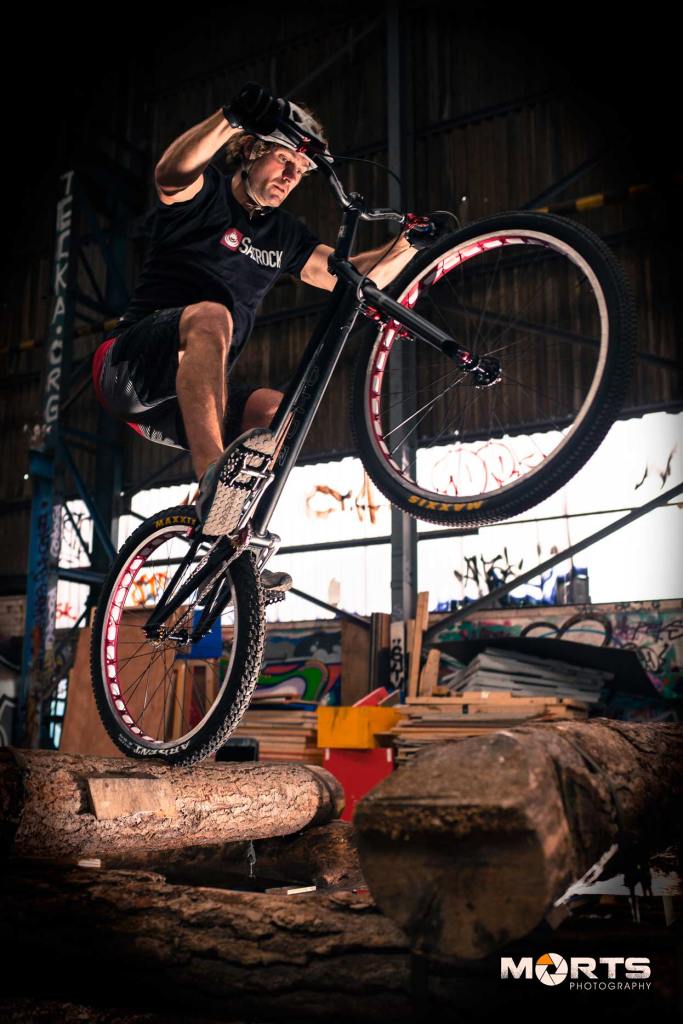 One thought on “Rainy Weekend Blues”